All Yamuna Supporters Under One Roof 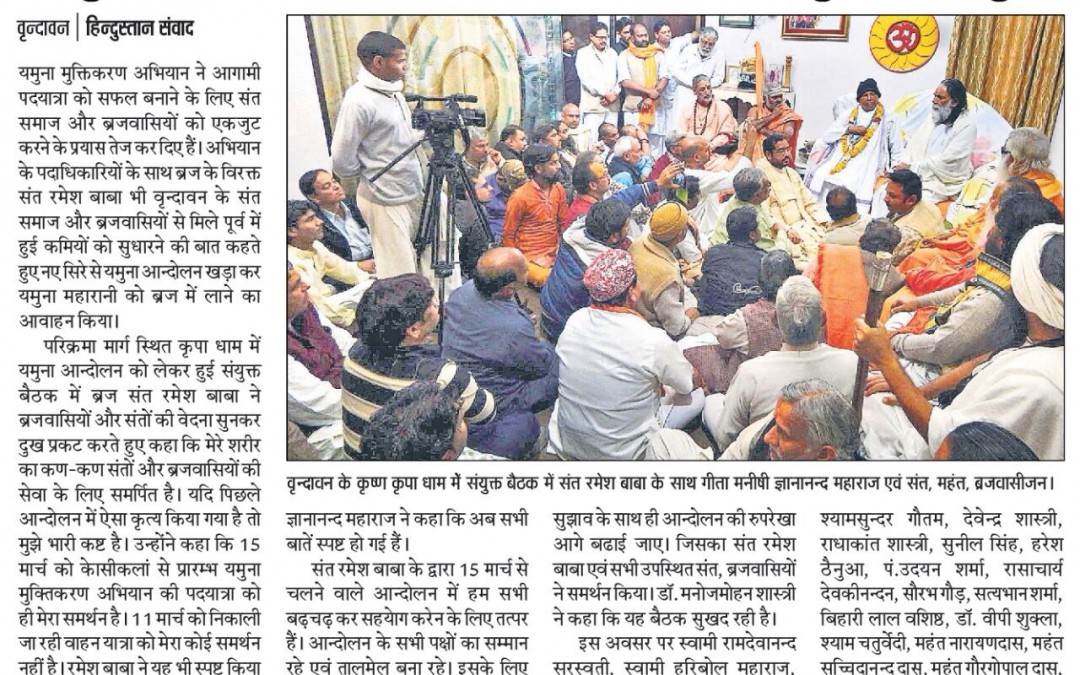 Yesterday was the historic day for Yamuna Muktikaran Abhiyan. With the honest efforts by the true, dedicated, devoted and Bhakta Brajwasis, all of the leading personalities, Saints, Mahants, Acharyas, and Sadhus of Vrindavan were brought together at the same platform.

There has been an attempt by  some ambitious people to run a parallel campaign to gain advantage of the on going popularity of the widespread Yamuna Muktikaran Abhiyan inspired by Shri  Ramesh Bābā Ji Maharaj. By using pictures with Shri Ramesh Baba Ji Māhāraj, there have been attempts to mislead supporters of the campaign. These attempts created an illusion of two different groups for Yamuna Ji cause. Brajwasis, all the spiritual leaders, and other supporters were really concerned and confused with the situation for the past couple of years.

Yesterday, everybody witnessed the miracle. Within 12 minutes, Shri Ramesh Bābā Ji Maharaj cleared all the black clouds, doubts, and confusions. He clearly mentioned that he stopped the leaders of the 2013 Yamuna campaign from accepting Government offer, but they did not listen to him and accepted the offer against his will. Even if Shri Ramesh Bābā Ji Maharaj has nothing to do with the situation, yet he took the responsibility of all the wrong doing.

With Shri Bābā Maharaj’s humble voice and unconditional love for Braj and Brajwasis, everybody present at the meeting assured unconditional support for Yamuna Muktikaran Abhiyan and the forthcoming Padyatra of 15 Mar 2015. Once again all the forces have under one roof. 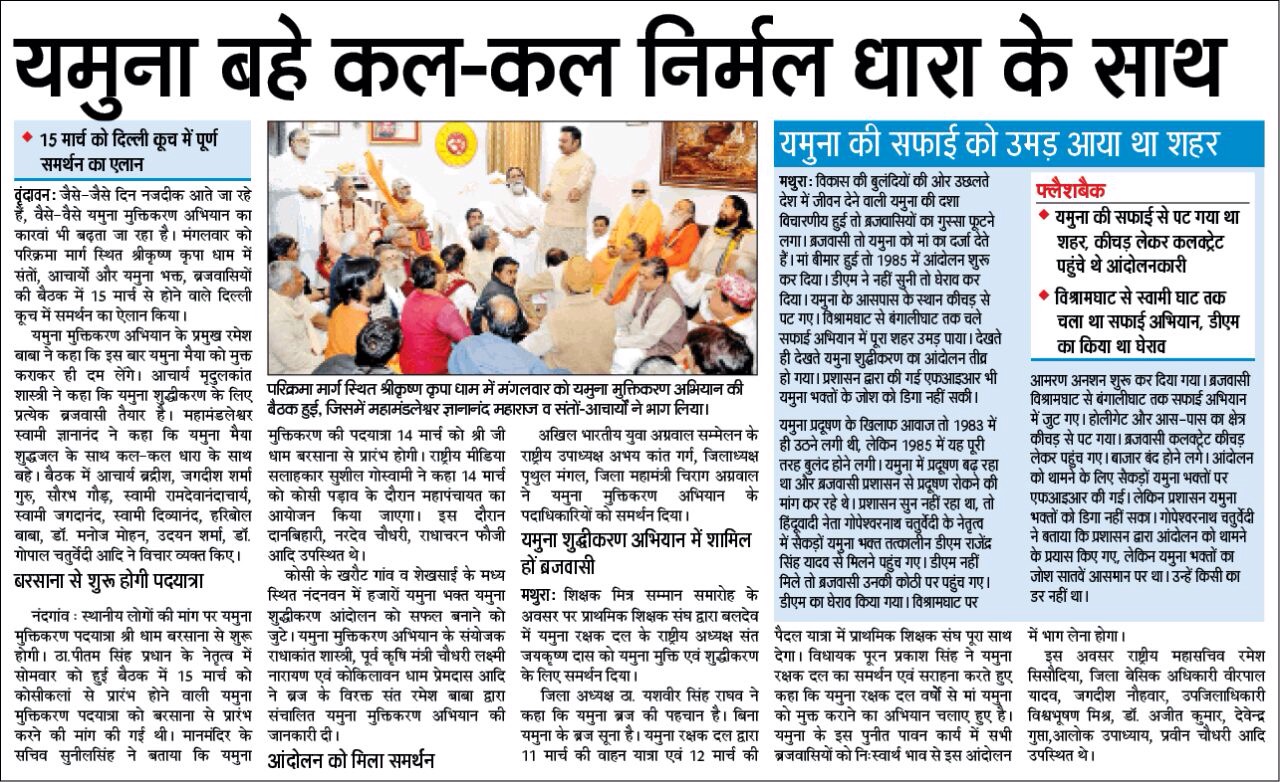 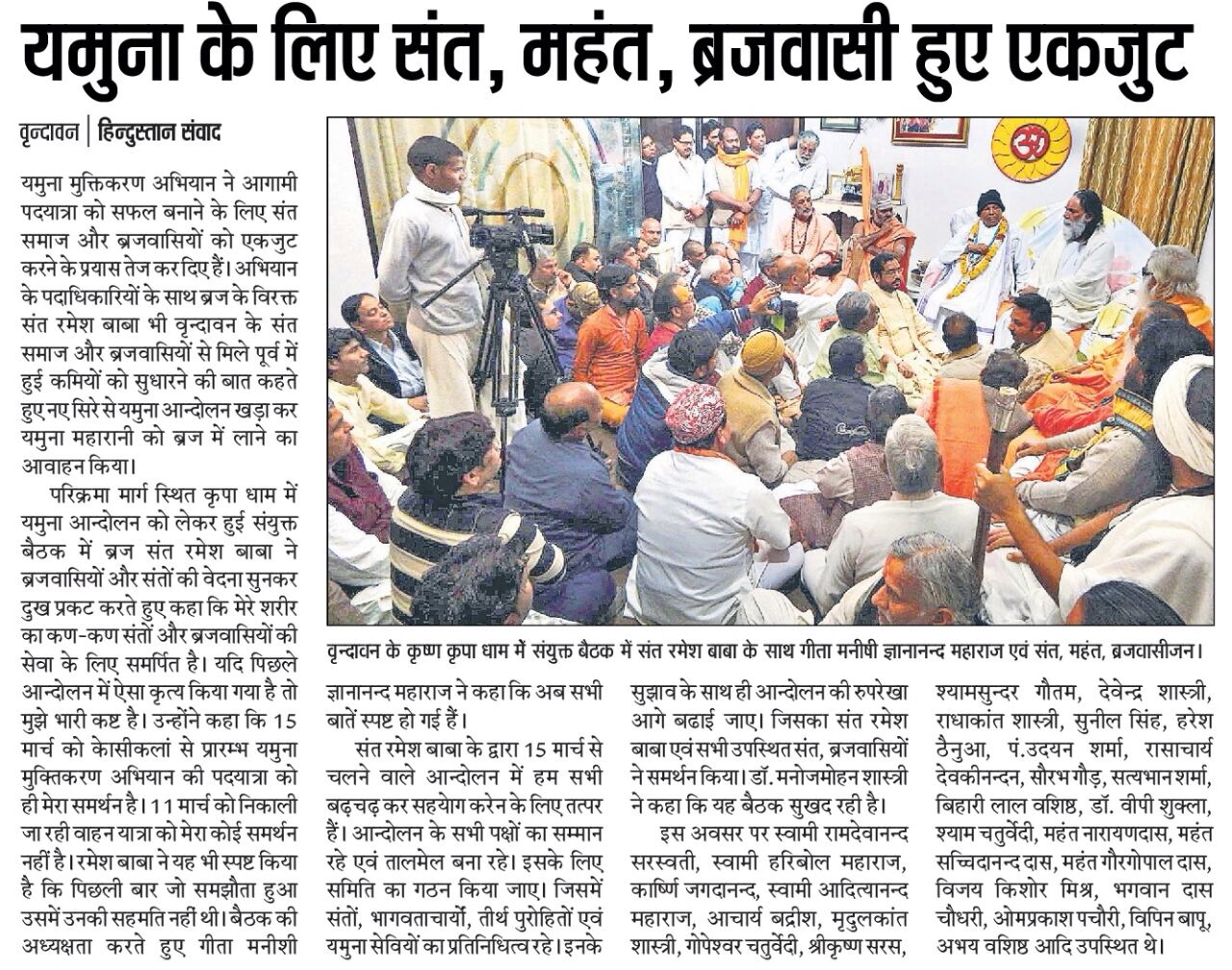 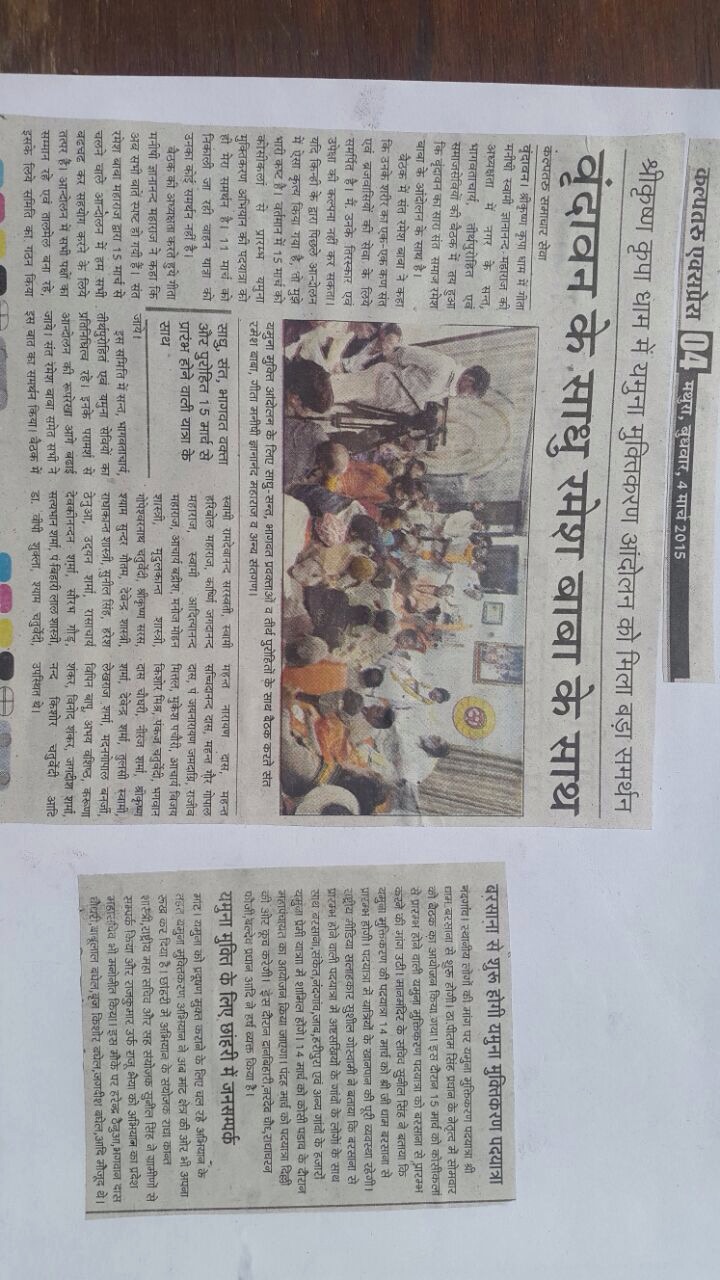 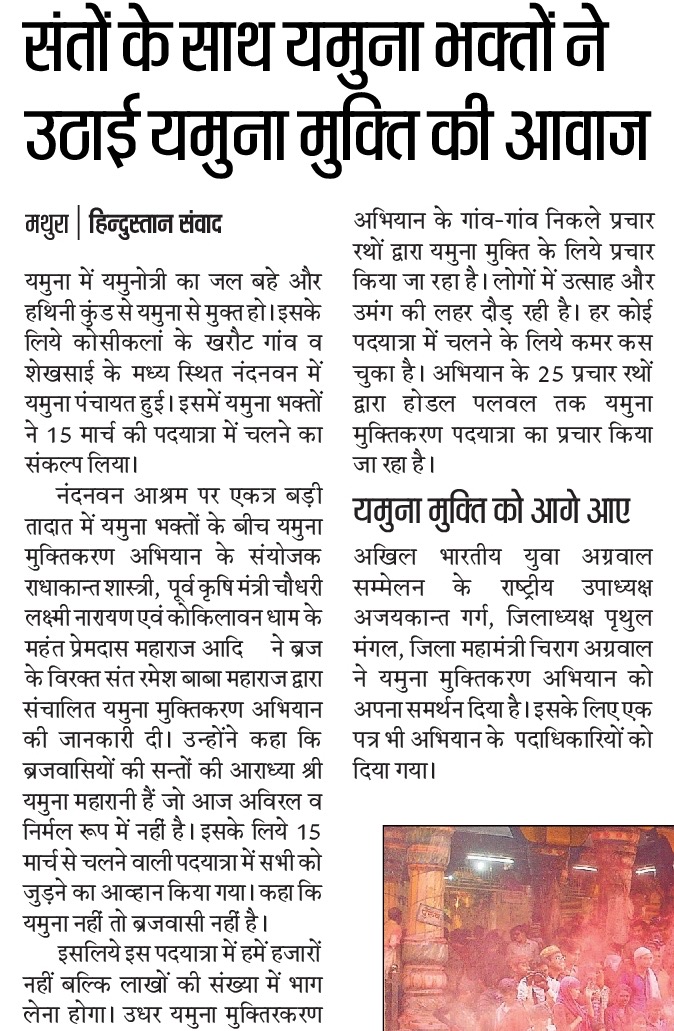